theguardian.com
Factcheck: is Jacob Rees-Mogg right that fracking is safe and vital?
23.09 - 00:13

Mike Ashley’s retreat from the public face of the business he founded is a return to form for the reclusive retailer.Before his group, then called Sports Direct, floated on the stock exchange in 2007, the only pictures of Ashley available were those from his days as a county squash player back in the 1970s.Even after the company listed, Ashley left much of the dealings with the City to his then chief executive Dave Forsey, although it was clear that he still led the decision-making behind the scenes.Now Michael Murray, Ashley’s son-in-law and acolyte, is taking the spotlight as chief executive of Frasers Group, the empire that has grown to embrace House of Fraser, Jack Wills, Flannels and Evans Cycles.

While Ashley is leaving the board, the business remains his baby. He will continue to control it via a near 70% stake pumped up by years of share buy-backs.Brought up in Burnham, Buckinghamshire, Ashley began his retailing career helping out in the shop in his Maidenhead squash club after injury scuppered any hopes of making a living from the sport he had played at county-level as a teen.He opened his own shop in 1982 with £10,000 backing from his family and by the late 1990s had embarked on an ambitious expansion.Sports Direct was able to undercut bigger rivals by heavily discounting must-have Nike and Adidas gear, and by snapping up once admired sports brands that had fallen on hard times, such as Donnay, Lonsdale and Dunlop Slazenger, and slathering their names over cheap but profitable gear.That strategy helped Ashley swallow up smaller rivals, taking his small chain national.

He was helped by a tight team of loyal workers, including his brother.In 2000, as head of a fast-growing but still relatively small player,

UK borrows almost twice as much as expected in August theguardian.com /1 week ago

Mike Ashley to step down from Frasers Group board theguardian.com /1 week ago

Ukraine war: Pope says yes to weapons, Moscow-installed officials killed, tortured bodies unearthed euronews.com /2 weeks ago
Show more
The website financemag.cash is an aggregator of news from open sources. The source is indicated at the beginning and at the end of the announcement. You can send a complaint on the news if you find it unreliable. 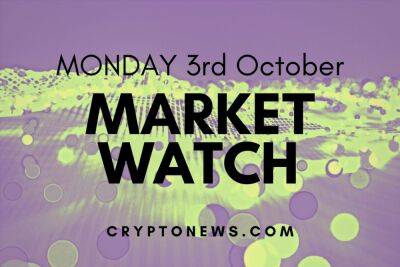 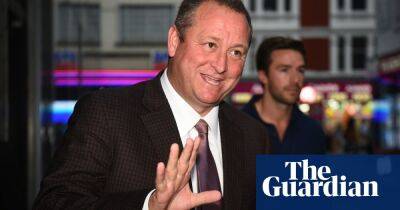 Mike Ashley to step down from Frasers Group board