Liz Truss is to urge world leaders to join Britain in introducing far-reaching tax cuts despite US president Joe Biden pouring scorn on ‘trickle down economics’ ahead of their first bilateral talks in New York.In a speech to the United Nations, the prime minister will argue the free world must prioritise economic growth to deny authoritarian states like Russia the chance to manipulate the global economy.However, her embrace of Reaganite economic policy puts her on a collision course with the Democratic president who tweeted yesterday that he was “sick and tired” of the approach, which he claimed had never worked.In her latest break from Treasury orthodoxy, Truss vowed yesterday to review all tax rates to help struggling households and businesses through the cost of living crisis.

The prime minister’s remarks pave the way for a radical overhaul of the system that could include looking again at income tax brackets.In an interview at the top of the Empire State Building on Tuesday, she told the BBC: “We do have to take difficult decisions to get our economy right.

We have to look at our tax rates. So corporation tax needs to be competitive with other countries so that we can attract that investment.”She had already signalled that further tax cuts, beyond the changes expected in her emergency mini-Budget on Friday, could be on the cards.

She told reporters on the plane to the US: “Lower taxes lead to economic growth, there is no doubt in my mind about that.”Truss’s first talks with Biden are set against a backdrop of tensions over post-Brexit trading arrangements in Northern Ireland.

Liz Truss, we support fracking too – that’s why we know it can’t work for Britain theguardian.com /1 week ago

Liz Truss favours trickle down economics but results can be trickle up theguardian.com /1 week ago

No US trade deal on the horizon, admits Truss as she flies in for Biden meeting theguardian.com /1 week ago

King Charles may find political tussles with Liz Truss hard to avoid theguardian.com /2 weeks ago
Show more
The website financemag.cash is an aggregator of news from open sources. The source is indicated at the beginning and at the end of the announcement. You can send a complaint on the news if you find it unreliable. 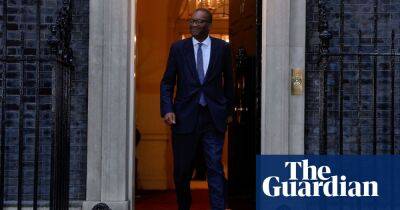 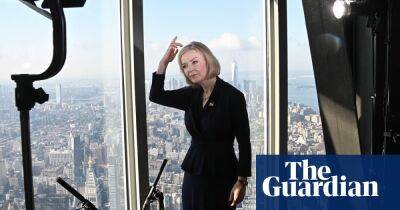 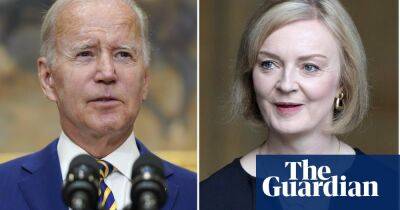 No US trade deal on the horizon, admits Truss as she flies in for Biden meeting 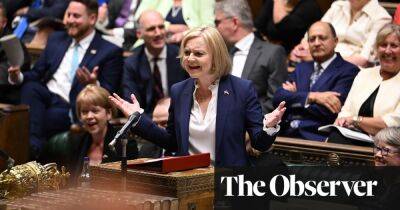 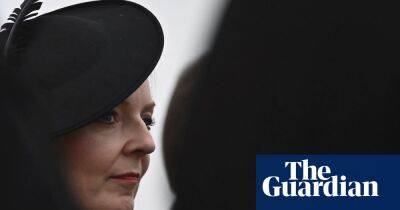 Truss’s testing week ahead: where the PM has to prove herself, day by day 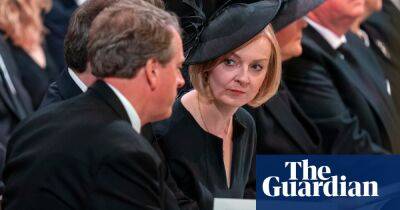 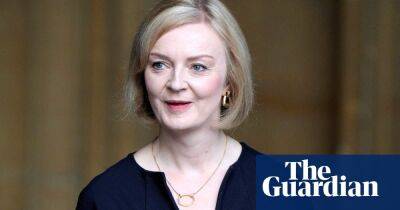