theguardian.com
Jacob Rees-Mogg in line for potential windfall from sale of Somerset Capital
23.09 - 09:23

The economic landscape may seem dire at the moment, but it's unlikely to affect blockchain development, according to Pantera Capital CEO Dan Morehead.

In an interview for Real Vision on Thursday, the venture capitalist said that he believes blockchain technology will perform based on its own fundamentals, regardless of the conditions indicated by traditional risk metrics:During the first half of this year, Pantera Capital raised about $1.3 billion in capital for its blockchain fund, with a special emphasis on scalability, DeFi, and gaming projects. "We've been very focused on Defi the last few years, it's building a parallel financial system.

Gaming is coming online now and we have a couple hundred million people using blockchain. There's a lot of really cool gaming projects, and there still are a lot of opportunities in the scalability sector", he added.

Long-term optimism contrasts with the actual drop in venture capital in the industry, however. August saw the fourth consecutive month-on-month decline in capital to $1.36 billion, according to Cointelegraph Research data.

Jacob Rees-Mogg in line for potential windfall from sale of Somerset Capital theguardian.com /2 days ago

Crypto is a ‘decentralized Ponzi scheme’- This CEO has bitter stance ambcrypto.com /2 days ago

Kraken’s Jesse Powell will step down as CEO, stay on as board chair cointelegraph.com /3 days ago

Liz Truss favours trickle down economics but results can be trickle up theguardian.com /4 days ago
Show more
The website financemag.cash is an aggregator of news from open sources. The source is indicated at the beginning and at the end of the announcement. You can send a complaint on the news if you find it unreliable. 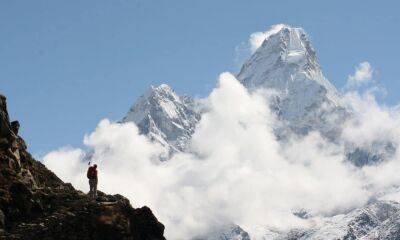