The Biden administration’s decision to make it easier to discharge student loans in bankruptcy could offer a new safety valve for debtors who have exhausted other options for getting out from under heavy debt loads.The move, announced Thursday, comes as President Biden’s broader plan for mass student-debt cancellation is in limbo after being blocked by two separate federal courts.

That plan calls for canceling up to $20,000 in debt for borrowers under certain income thresholds. It would render up to 20 million people free of debt, around half of all student-loan borrowers, if courts allow it go forward.

Meta ‘powering through’ with Metaverse plans despite doubts — Zuckerberg cointelegraph.com /4 days ago

Terra Luna Classic Price Prediction as ‘Merge Protocol’ Tries to Bring LUNA and LUNC Ecosystems Together – LUNC to $2 by 2023? cryptonews.com /5 days ago

How Student-Loan Debt, or Not Having It, Shapes Lives wsj.com /6 days ago

BlockFi files for bankruptcy, as many expected, cites FTX collapse for its troubles cointelegraph.com /1 week ago
Show more
The website financemag.cash is an aggregator of news from open sources. The source is indicated at the beginning and at the end of the announcement. You can send a complaint on the news if you find it unreliable. 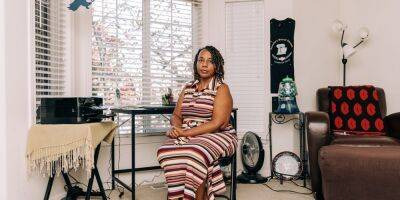