Tornado Cash developer Alexsey Pertsev will remain in jail for another three months after being charged with money laundering allegations for the development of the mixing service.

Pertsev, who has been held in detention for the past 100 days, was arrested by Dutch authorities over alleged involvement in the Tornado Cash crypto mixing service days after the U.S.

He accused Pertsev of facilitating the processing of dirty money by writing the Tornado Cash code.According to a report by crypto outlet CoinDesk, which reportedly attended the hearing, Boerlage failed to realize that Tornado Cash is a decentralized protocol that neither Pertsev nor anyone else has control over.

Core Scientific in 'substantial doubt' of continuing without more cash cointelegraph.com /1 week ago

FTX-Owned Crypto Exchange Liquid Suspends Trading for Bankruptcy Proceedings – Here's What Happened cryptonews.com /1 week ago
Show more
The website financemag.cash is an aggregator of news from open sources. The source is indicated at the beginning and at the end of the announcement. You can send a complaint on the news if you find it unreliable. 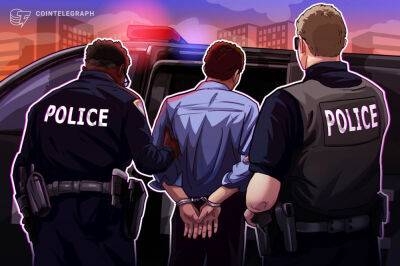