cointelegraph.com
NFT Steez and Victor Solomon chat about building in Web3 and the Metaverse
03.12 - 01:51

euronews.com
Brussels to announce decision to cut €7.5 billion of EU funds to Hungary over rule of law concerns
30.11 - 13:31

Hungarian Prime Minister Viktor Orbán said his country will ratify NATO membership for Sweden and Finland at the start of the next parliamentary session -- in January 2023.

The promise came at a meeting of  prime ministers from the Visegrad 4 countries -- Poland, the Czech Republic, Slovakia and Hungary -- in the Slovak city of Košice. "On NATO, I can tell you that the government has already made a decision.

We have already confirmed to both Finland and Sweden that Hungary supports the membership of these two countries in NATO, and at the first session of next year, Parliament will put this on the agenda," he said, adding that the other three prime minister had put pressure on the Hungarians to move forward with the process. "I would like to underline that the Swedes and the Finns have not lost a single minute of membership because of Hungary, and Hungary will certainly give them the support they need to join.

After the government, so will Parliament," said Orbán.As the majority of Hungary's opposition parties in parliament are in favour of NATO membership for the two Nordic nations -- as as Orbán's government has a two-thirds majority -- the measure is expected to be swiftly passed when it finally comes to the floor.

Brussels to decide if EU funds for Hungary should be blocked euronews.com /2 days ago

NATO meets to talk Ukraine at scene of one of its most controversial decisions euronews.com /3 days ago

Analysts Recommend Dropping Bitcoin (BTC), Ethereum (ETH), Orbeon Protocol (ORBN) Presale Sees Massive Demand cryptonews.com /6 days ago
Show more
The website financemag.cash is an aggregator of news from open sources. The source is indicated at the beginning and at the end of the announcement. You can send a complaint on the news if you find it unreliable. 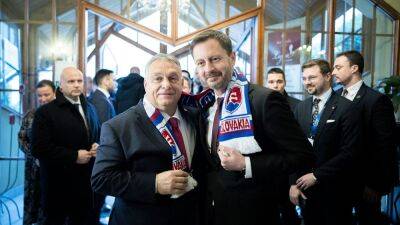 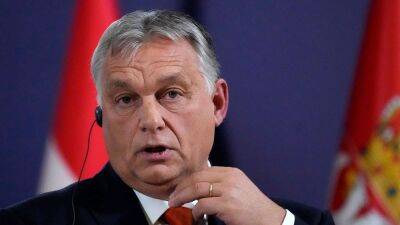