On May 11, Scott Odell, an analyst at British crypto lender Blockchain.com, instant messaged Edward Zhao of Three Arrows Capital asking that the Singapore hedge fund repay at least part of a $270 million loan.Three Arrows had just taken a hit from the collapse of cryptocurrency Terra, raising doubts about its ability to repay.

That was a worry for Blockchain.com since it had not taken collateral to secure the loan, court filings show."This is time sensitive so let's sort if you're available," Odell said of the repayment.Zhao appeared lost for words."Yo," he replied."uhh""hmm"Three Arrows filed for bankruptcy in July and Blockchain.com told Reuters it had yet to recover a cent of its loan.

The text exchange is among the affidavit documents filed by liquidators as part of the hedge fund's liquidation proceedings.Three Arrows did not respond to requests for comment.

Odell declined to comment, while Reuters was unable to reach Zhao.The loan was part of an opaque web of unsecured lending between crypto companies that left the industry exposed when cryptocurrency prices crashed 50% earlier this year, according to a Reuters review of bankruptcy court and regulatory filings, and interviews with about 20 executives and experts.Institutional crypto lending involves lending cryptocurrencies as well as cash in return for a yield.

Interpol Has Issued a Red Notice for Do Kwon, Say South Korean Prosecutors cryptonews.com /1 week ago

Majority of crypto exchange leadership should be comprised of citizens, say Indonesian regulators cointelegraph.com /1 week ago

South Korean Prosecutors Turn to Interpol for Help in Hunt for Do Kwon cryptonews.com /1 week ago
Show more
The website financemag.cash is an aggregator of news from open sources. The source is indicated at the beginning and at the end of the announcement. You can send a complaint on the news if you find it unreliable. 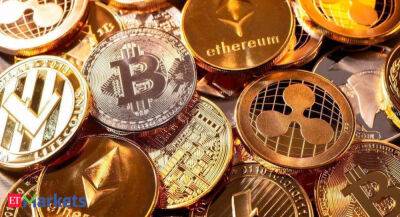