The situation in Ukraine's capital and other major cities has deteriorated drastically following the largest missile attack on the country's power grid on Tuesday.

Ukrainian state-owned grid operator Ukrenergo reported that 40% of Ukrainians were experiencing difficulties due to damage to at least 15 major energy hubs across the country.Warning that electricity outages could last anywhere from several hours to several days, the network said that "resilience and courage are what we need this winter".Kyiv Mayor Vitali Klitschko, too, stressed the need to be ready and resilient in the face of a potential blackout. "Worst case scenario.

Actually, I don't like to talk about that, but I have to be prepared if we (do not) have electricity, a blackout, no water, no heating, no services and no communication," Klitschko told the AP on Friday.Ukrenergo said in a statement that "thousands of kilometres of key high-voltage lines are not working," affecting the entire country.It published a picture of a transformer station that was destroyed by a Russian missile, leaving around 400,000 people without power.

According to the report, "there are dozens of such transformers in the power system now. This equipment cannot be replaced quickly."President Volodymyr Zelenskyy said after last week's strikes that more than 10 million Ukrainians were left without electricity; by Sunday, he said some areas had seen improvements."The restoration of networks and technical supply capabilities, the de-mining of power transmission lines, repairs — everything goes on round the clock," Zelenskyy said in his nightly address.Blackouts were scheduled Sunday night in 15 regions and the city of Kyiv, he said.

Ukraine war: 'Baby killed in hospital strike'; winter shelter plans and UK sends first helicopter euronews.com /1 week ago
Show more
The website financemag.cash is an aggregator of news from open sources. The source is indicated at the beginning and at the end of the announcement. You can send a complaint on the news if you find it unreliable. 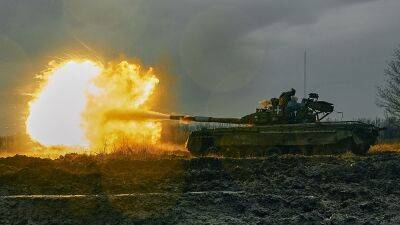